Wow! I think today is official Alien day here at the Daily Crumb!
Today in the news it had been reported a little earlier on that a vessel from the Alien Federation of Light would be arriving in the US. (No joke)
It did!
It abducted Queen Get your head out of the clouds! So, she's gone, i can start branding everything back to it's original state.
Esn Quote: "So many people have placed bets that bookies have stopped accepting them. Which obviously means that it will come true!"
And here is the astonishing blog that predicted it all! http://10-14-08.blogspot.com/

I dont know, the world is insane. Or is it the people that live in it? Of course it is.
So let us escape this ugly planet and venture into a new world.
I am a huge fan of the youtube flash and live action film maker Christian Madsen.
To the planet Gacrux!
Where a janitor has had a bad day.

Enjoy his new animation! Here is his youtube page

Posted by Unsuspecting_Display_Name at 2:20 AM 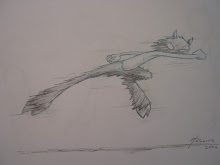